In today’s article, we will list the 10 most expensive fashion brands in the world. Click to skip ahead and see the 5 Most Expensive Fashion Brands.

Fashion is, always has been, and always will be “the mirror of our time”. It is a reflection of cultural episodes and of course an unavoidable social phenomenon. It is very often used in symbolic communication; fashion is a way of identification and socialization, an obligation of prestige and of course it is an applied art.

In human nature there is a need for being different, and therefore style is identity, because authentic style shows diversity, determines individuality, uniqueness and unusualness of its structure and it is a reflection of taste. Style is created within a person and fashion is created as a result of already existing styles. So, fashion leads an individual on the path that everyone goes on because people strive for grouping, while style is the need to differentiate. The outfit speaks while you are silent, you do not fit in with the style, but stand out, and it is hidden in the details.

You have all already heard that the first impression is the most important one and that it takes a few seconds to leave it on all the people we meet throughout our life. The first impression is formed on the basis of what we see, on the basis of a visual impression that has become more important in the 21st century than it has ever been. Visual identity is what allows you to communicate with the environment without conversation, so it is nothing new that the choice of our clothes says a lot about us. By choosing a style, people reveal (and sometimes hide) their status, affiliation, position in society, beliefs and attitudes. By choosing certain colors, pieces, materials and cuts, as well as by combining them together, everyone tries to give each clothing combination a personal touch. Because people remember everything that is authentic, and when you have a good style you will be noticed very quickly. Humans are visual creatures and when they judge the environment, others will first interpret what they see. We are aesthetes, we like to see something beautiful, something that will leave a strong impression on us. Although most people’s bodies are not in ideal proportions like Michelangelo’s David for example, they can look more enchanting with the right clothes on.

The great thing about fashion is that it can help you express yourself and it doesn’t discriminate on the basis of gender, race, religion, intelligence, profession… Fashion is a field of art in which everyone can participate. Fashion is one of the rare opportunities for everyone to express their creativity, use their imagination and use their body as a canvas that can show a different picture every day. Fashion designer Alexander Mc Queen said: “This is a new era of fashion – there are no rules. Individuality and personal style are important. ” Although it is known that fashion is not necessary and is not a priority for many, imagine a world where everyone wears the same hairstyle, the same wardrobe and the same shoes. How much gloomier everyday life would be, how much people, streets and photos would seem boring and monotonous. All that fashion should represent is choice and a source of satisfaction, innovation and changeability. Fashion may be unimportant to someone but it is incorrect to say that it has no meaning, value or purpose. It is both an occupation and a form of expressing yourself, but above all it is freedom of choice, and it is up to us whether we will follow what is modern in the new season, imitate styles that were once modern or choose to ignore it.

Fendi is an internationally known Italian fashion company, especially for its bags and fur and leather products. Fendi was founded in 1925 as a fur and leather trading company in Rome. The world-famous luxury goods brand has been part of the LVMH group since 1999. when the Fendi sisters sold 51% of the company for approximately $ 850 million in equal parts to the French luxury goods group LVMH and the Italian fashion house Prada. At the end of 2001, the LVMH group took over Prada’s stake for 295 million euros and bought from mid-2002 to 2007, the remaining parts of the Fendi family company. The name Fendi is used to identify expensive items and accessories for women, men and children, as well as furs, leathers, watches, perfumes and home furniture, which, among other things, are offered through a global network in almost 200 boutiques. German designer Karl Lagerfeld was the chief designer of women’s collections called Fendi since 1965.

Armani ranks 9th in our list of the 10 most expensive fashion brands in the world. Giorgio Armani (Italian: Giorgio Armani, pseudonym for Italian: Giorgione Armani, Piacenza, July 11, 1934) is an Italian fashion designer, especially known for men’s clothing. Today, he is known for creations with clear and clean lines. In 1970, he became a freelance creator in order to gather enough experience to start his own company. After a few years, in 1975, together with his friend Sergio Galeotti, he opened the company Giorgio Armani SpA in Milan, and in the same year they launched both men’s and women’s clothing lines. In 2001 he was recognized as the most successful creator of Italy, with an annual turnover of 1.6 billion dollars and a personal fortune of 8.9B at the moment. The brand markets products under several labels: Giorgio Armani Privé, Giorgio Armani, Armani Collezioni, Emporio Armani, Armani Jeans, Armani Junior, and Armani Exchange. Giorgio Armani is in collaboration with Emaar Properties, a chain of luxury hotels and resorts in several big cities including  New York, Milan, London, Hong Kong, Paris, Los Angeles, Tokyo, Seoul, Shanghai and Dubai. 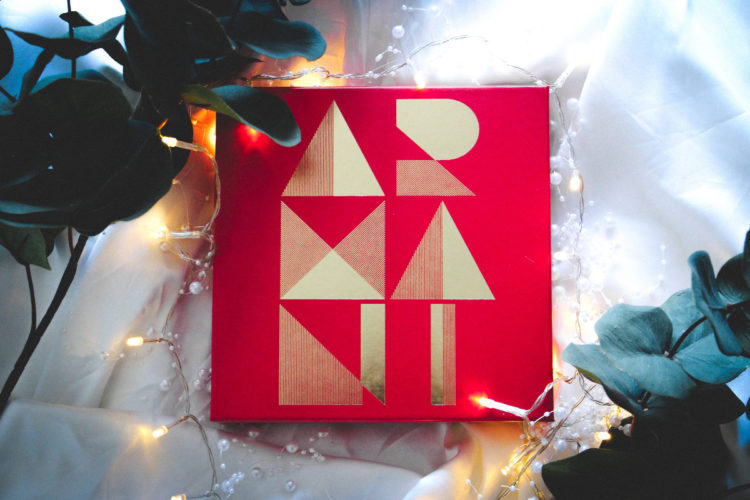 Giorgio Armani has been awarded and awarded various recognitions many times. In 1983, he was named International Fashion Designer of the Year by the American Fashion Designers Association, and in 1987, a Knight for Fashion Achievement by the Republic of Italy. He has received the City Sark Award for the men’s clothing line several times. Besides Christian Dior, he was the only designer to appear on the cover of Time magazine.

When searching for Armani online, people most often look for the following collections: Armani Exchange
, Giorgio Armani and Emporio Armani.

Versace ranks 8th in our list of the 10 most expensive fashion brands in the world. Versace is an Italian luxury fashion company known for its innovative designs having symbolic flashy prints and bright colors but with style. The Versace logo is the head of Medusa, a Greek mythological figure. Giani Versace hoped his brand would have the same effect on those who wore his shoes and clothes as Medusa did on people – she made people fall in love with her and they had no way back. Giani Versace was born on December 2, 1946., in Reggio Calabria, Italy. He grew up watching his mother, who was a dressmaker, work on designs in her boutique. In 1978. he started his company Gianni Versace SpA, where CEO was his brother Santo, and his sister Donatella was a designer and vice president. On July 15, 1997 Versace was shot and killed by the serial killer Andrew Cunanan. After his death, his sister took over as head designer for the Versace label. At the time of his death he had a net worth of $1 billion. In 2014, Versace sold a 20% stake in the firm to private equity firm Blackstone. The investment valued Versace at roughly $1.4 billion. On September 25, 2018, Michael Kors Holdings announced it had struck a deal to acquire Versace for $2.2 billion. 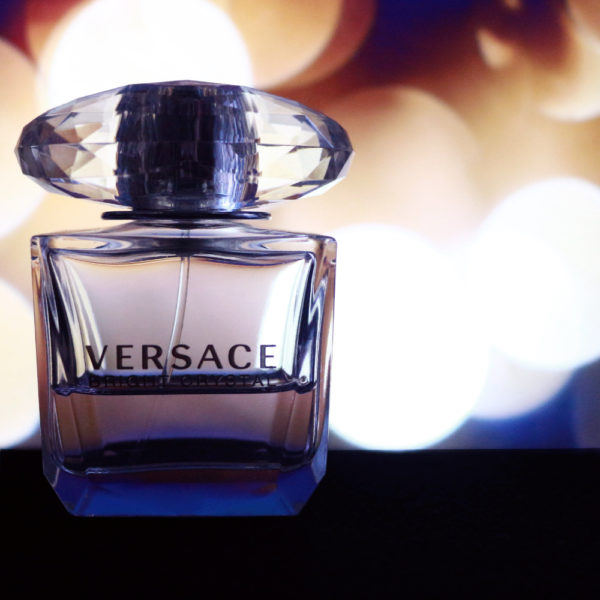 Ralph Lauren ranks 7th in our list of the most expensive fashion brands in the world. Ralph Lauren (born October 14, 1939 as Ralph Lifshitz on the Bronx) is an American fashion designer, philanthropist and entrepreneur, known for the Ralph Lauren Corporation, a global multibillionaire company, where he is still executive chairman and chief creative officer and he controls 82% of the voting rights. His real time net worth is $6,4B. He is well known as a collector of automobiles, some being extremely rare, he appeared on over 100 magazine covers, and on September 8, 2018 he celebrated the 50th anniversary of his brand in a fashion show at Bethesda Terrace in Central Park. 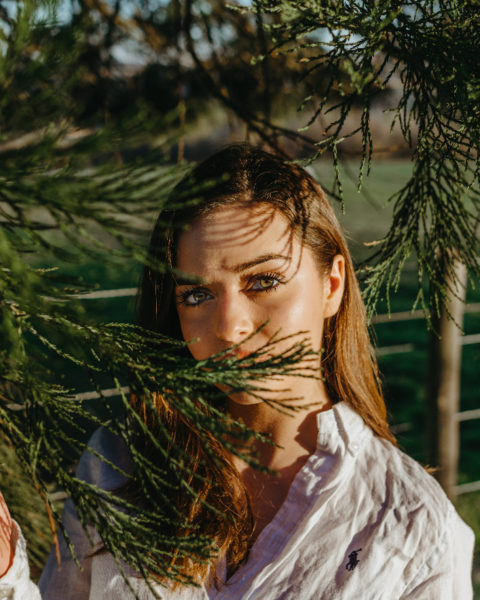 Click to continue reading and see the 5 Most Expensive Luxury Brands In The World.

Disclosure: None. 10 Most Expensive Luxury Brands In the World is originally published at Insider Monkey.