TEXARKANA, Texas — The Cryo Health Spa offers cryotherapy services that may change the way you think about athletic recovery, health and wellness and cosmetic needs.

One of the many pieces of equipment available at the Cryo Health Spa is the Cryo Chamber, which is a form of cold shock therapy that professional athletes like Lebron James regularly use.

The chamber releases cold air that can get to temperatures as low as -150 degrees Fahrenheit within a couple of minutes. Effectively, the chamber acts as a more efficient and effective ice bath that reduces inflammation within the body, along with other added benefits.

“When you get into our full-body cryo chamber, we’re trying to create a fight or flight reaction,” Owner Brad Warren said. “That fight or flight response basically has all the blood rush from your extremities to your core to survive. When it does that, it increases your inflammation-fighting blood cells by around 400% — in one session. It also burns 400-800 calories in the process.”

The chamber also helps release serotonin, resulting in improved mood after use.

“Doing the cryo chamber has a list of benefits from relieving inflammation, burning calories, altering mood, as well as better sleep,” Manager Armando Garza said. “There’s a list of benefits that come with cryotherapy. It’s just a matter of what it is you’re using it for.”

The effects of the chamber are immense, but this is far from the only machine the spa has to offer to aid customers in recovery, pain relief and general well-being.

Also available is the Cryo Elephant, which is a spot treatment version of the Cryo Chamber, targeting particular regions of the body to reduce inflammation.

In addition, a device called the Marc Pro is used to condition healthy muscles to perform with less injury risk, Garza explained.

“If you’re a triathlete, if you’re a soccer player or a track runner, it’s really good to use conditioning for your legs,” Garza said. “If you’re a baseball pitcher or a quarterback, you can condition the shoulder up and the arm muscles. It’s just a really good device to use for that.”

As far as cosmetology, one of the cryo spa’s most effective items is the Cryo Skin, which uses cold shock therapy to remove fat cells in the body and improve skin quality.

“We’re also looking for the beauty side of cryotherapy,” Garza said. “What the Cryoskin does, because of the sub-zero temperatures, is it revives the natural collagen in the skin. It tightens up the skin and fills in the face the way it’s supposed to. And it’s non-invasive. Anywhere from 20 to 45 minutes, and you’re out.”

The cold shock therapy freezes and kills fat cells and drains them into the body’s lymphatic system – a process otherwise known as apoptosis. Compression therapy also can help with lymphatic drainage.

These are in addition to a list of other therapeutic services offered by the spa.

“There’s a combination of services,” Garza said. “It’s just a matter of what you’re looking for. What is it that your body needs? And the list of benefits in cryotherapy — it’s going to be somewhere in there. It covers a broad spectrum of needs.”

The spa offers access to the kinds of equipment used regularly by celebrities and professional athletes due to the consistent effectiveness of the practices.

“There’s been a huge, huge push from celebrities to athletes, care professionals, medical professionals that stand behind these devices,” Garza said. “The research is there, so it’s pretty interesting when you read that athletes like Lebron James use stuff like this. And they use it religiously. They would much rather get in the chamber for two or three minutes than hitting an ice bath for 15 minutes – huge difference.”

Warren said that once he saw how quickly cryotherapy can improve one’s health up close, he had to try to get involved with the services.

He was at a soccer game when his daughter sustained an ankle injury. After using the Cryo Elephant on it, there was no turning back.

“It really woke me up,” Warren said. “I started searching ‘cryotherapy’ and different types of holistic therapies. After doing the research, I realized we don’t have something like this in Texarkana. And there is a place here (Retreat Home Health) that has a whole-body cryo and some of the equipment, but we’re tailored just for that and that alone.

“So, I decided that we needed something like that and I put it in. The tough part is educating the public, so we’ve gotten off to a bit of a slow start. But it’s a fabulous service.”

The company held a soft opening in November of last year and is hoping to hold a grand opening in the spring.

Warren said the plan is to use this business as a demo and consider future avenues from there.

“Our goal with this one is to build a base model and figure out what services we want to offer and what makes sense,” he said. “So, we want to get this in here to see how it goes and look towards potentially adding some future services once we get it rolling. And once we get that business model in place and get it figured out, we can start looking at other markets.”

Warren and Garza hope there is an opportunity to build similar spas like this at different locations in the future. 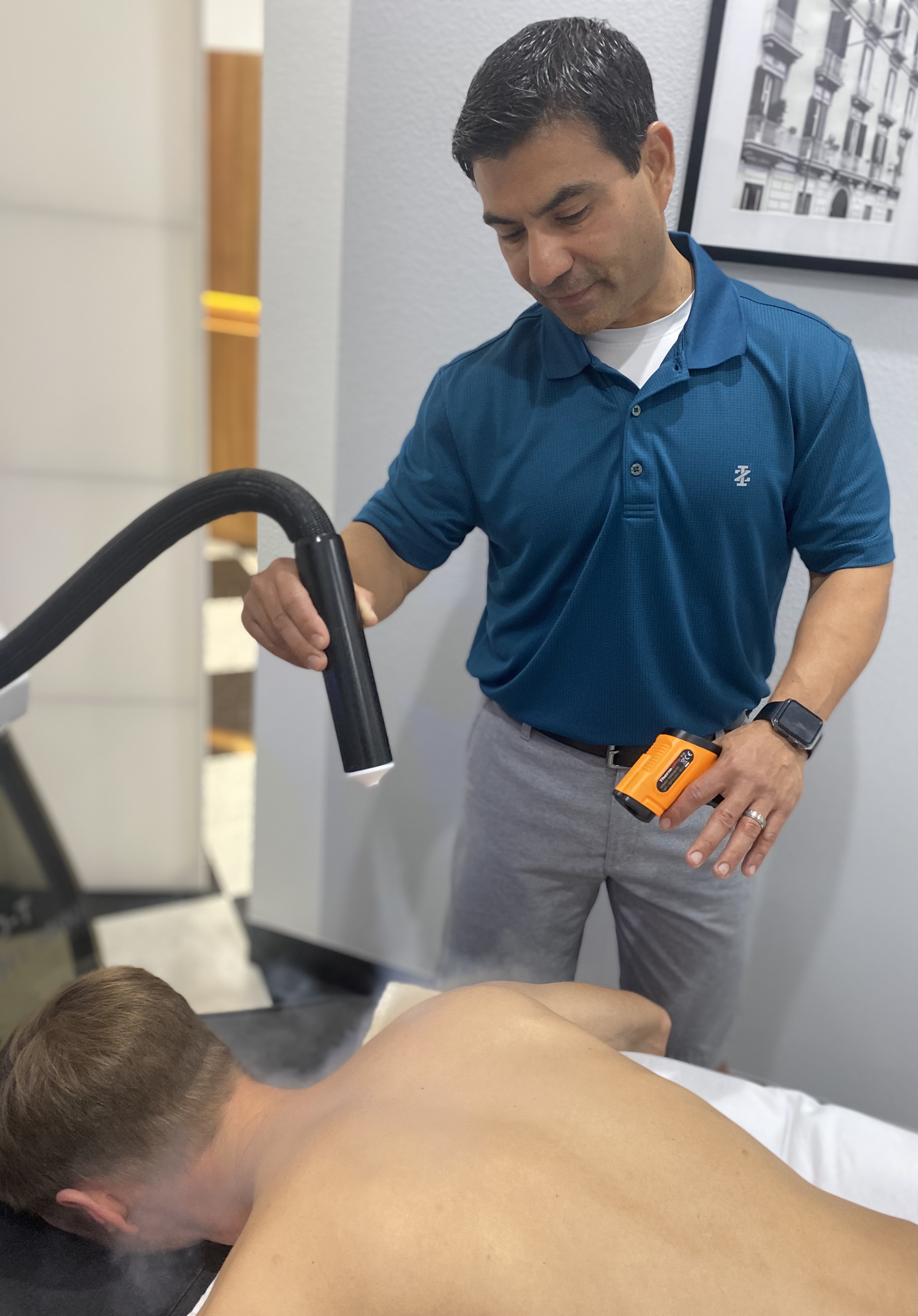 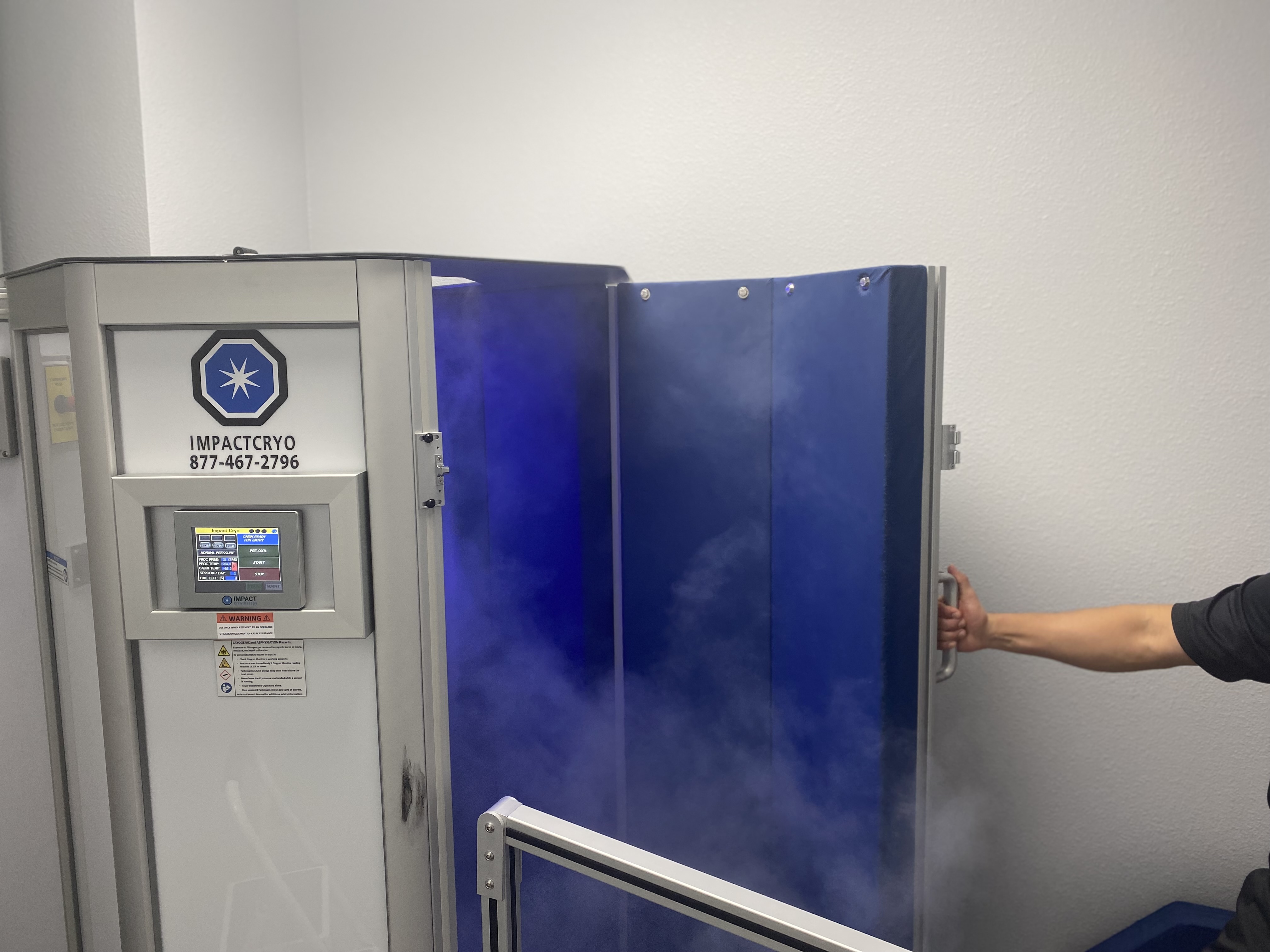